SAM has been delivering smart ticketing benefits to our Members since 2008. Here is a brief overview of some of our key milestones and achievements.

Following final testing in May 2018, SAM's new Front End Self Service Interface (FESSI) was released to our CRM Managed Service Members.  FESSI provides Members who use the CRM for ENCTS management, with a new Application and Renewal Web Front End for their CRM, enabling residents to apply and replace ENCTS cards online.  As a not for profit, mutual company, SAM was really pleased to provide the new FESSI to CRM Managed Service Members at no additional cost.

In addition to the extensive suite of HOPS and CRM Reports available to Members, SAM launched its Data Visualisation Service to all Members who recieve either the HOPS or CRM Package from SAM.  DVS enables Members to produce bespoke reports in either data or pictorial form to enhance management information and reporting.  DVS had been developed in-house by SAM over the last 12 months and was previously available only as an internal tool to SAM staff. However following consultation with Members it was agreed that DVS would be enhanced to provide an important reporting tool for Members.  As a not for profit, mutual company, SAM was really pleased to provide DVS to Members at no additional cost.

As a reflection that SWSAL now offered a nationwide service, with Members from across the UK, it was agreed that a new trading name of Smart Applications Management (SAM) be adopted for SWSAL. The new name was launched at the Transport Ticketing Global 2018 Conference in London.

SWSAL migrate the Managed Service for existing Members to the new platform. This project represented one of the largest migrations of ITSO schemes ever undertaken, and has allowed for a number of key improvements to be made for new customer services and associated benefits.

HMRC award SWSAL Mutual Trading Status, like ITSO, providing important benefits to the efficient running of SWSAL for its Members.

Following the completion of Stage 1 of the National Procurement Framework, new Managed Service Suppliers were appointed by SWSAL. Unicard were selected as the chosen HOPS Provider, with ESP Systex Ltd providing our core CRM and FESSI Platforms.  To complement this, Imaginet were appointed to provide our Commercial Web Portals.  This led to the start of a project to migrate existing Members to the new Platform from 1 April 2017.

Following a years development work with the Department for Transport, ITSO, the CPT, Local Authority and Bus Operator Members, SWSAL published its National Hotlisting Guidance and Toolkit.  This provided a full end to end delivery platform for ENCTS and commercial Hotlisting.  Implemented across all SWSAL CRM Users and other non CRM Members, full Hotlisting went live with individual Hotlists sent each night to all ETM's targeting cards seen within their specific area.  This National 1st set the benchmark for all ENCTS Hotlisting.  By June 2018, over 20,450 Hotlisted Cards had been captured and removed from circulation.

Following the success of its first ETM OJEU Framework, SWSAL started work on the National Procurement Framework - an OJEU procurement initiative to provide a single open source for all ITSO Smart and Integrated Ticking needs.  To deliver this innovative service, SWSAL established a National Project Team including technical consultants Systra, ITSO and PJA Associates, with procurement and legal support from Michelmores LLP and expert procurement officers.  The rationale was to decrease both the resource and financial cost of running large OJEU procurement through collaboration.  The 13 individual Framework Lots were designed to increase the protection offered to Members whilst providing best in class technical solutions. Delivered in 3 stages, the Framework was fully completed in February 2018.

SWSAL implemented the new Bristol Park & Ride smart ticketing platform in conjunction with the West of England Partnership and local bus operators.  Developed as a key extension of the Travelwest brand, SWSAL developed, and continues to provide, the back office systems and Portal, as well as a customer call centre to assist with any smartcard queries which may arise.  The project also saw the introduction of Smart Validators at the Park & Ride sites and a UK first of being able to order a product online up to 11pm, with the product being available for collection at either the Validator or on bus from 6am the next morning. 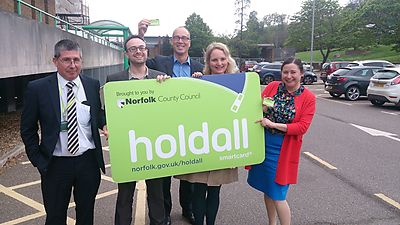 In partnership with SWSAL Member Norfolk County Council, SWSAL led the technical delivery and operation of a £2.5 million pilot for smart ticketing in Norfolk. The scheme, funded by the DfT allowed the county’s entire bus fleet to be fitted with ITSO smart ETMs procured through the SAM Framework. Over 40 bus operators in the county took part in the Pilot which increased the number of smart enabled vehicles to over 700 and saw the introduction of many new types of tickets – such as new Park & Ride Tickets, Norfolk Area e-purse, Norfolk Dayrider and Youth (16-19) Discount Product. The success of the Pilot has seen the continuation of both commercial and concessionary smart ticketing across Norfolk as part of their innovative and class leading holdall brand. 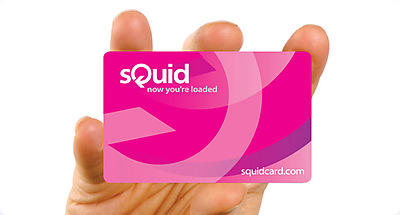 In December 2012, SWSAL launched the UK's first regional open access E-Purse pilot with sQuidcard Ltd in conjunction with Abus and N Somerset Coaches and the West of England Partnership. Over the years the sQuid platform has grown into a nationwide success, with bus company users from Somerset to the Highlands of Scotland, with the number of E-Purse customers growing monthly.

During the Autumn of 2011 SWSAL completed an OJEU Framework Agreement for the Supply and Maintenance of ITSO Electronic Ticket Machines (ETMs) and software for use by all of its Members, with Corvia Ltd (Ticketer).  The Framework was used to call off  ETMs for over 40 bus companies with most still in operation today.

In March 2010, the SWSB established ‘South West Smart Applications Ltd (SWSAL)’ – a  Membership owned not for profit Company limited by guarantee, which was hosted by Plymouth University.  SWSAL was created to provide a more stable long-term governance platform for the delivery of partnership based smartcard projects.  SWSAL was formally launched at a national event on 8th October 2010 by Rt Hon Norman Baker MP, Parliamentary Under Secretary of State for Transport, attended by over 120 representatives, including Chief Executives and Leaders of the Local Authorities, Portfolio holders and Senior Council staff, as well as the MD’s of over 20 Bus Companies.

Following its launch, SWSAL was successful in being awarded £2.98 million in July 2011 to:

The SWSAL LSTF Project was delivered on-time and on-budget and paved the way for the expansion of the company.

The South West Smartcard Board

In June 2008 a conference of regional stakeholders created the South West Smartcard Board (SWSB) to promote the procurement and delivery of efficiencies in Smart Ticketing. Directors included representatives from Unitary and County Local Authorities, ATCO, Bus Operators and the CPT, with wider stakeholders including the South West RDA, Department for Transport, Forum for the Future, and Passenger Focus. The SWSB was hosted by Plymouth University.

The SWSB produced the UK’s first interactive business case model for quantifying both the financial cost benefit of investing in a shared Smartcard system, as well as the environmental benefits associated with carbon and emissions reduction, and modal exchange. In Autumn 2009 the SWSB procured via OJEU an open access AMS HOPS, and prepared the legal documentation to formalise its governance.